A Guide to Iolite

Iolite, also known as Water Sapphire and Cordierite, belongs to the mineral family Cordierite and has an exquisite violet- blue hue that can instantly enchant the viewers. Iolite stones have an interesting property known as pleochroism, which means that the stone exhibits different colors when viewed at different angles. The main color of the stone is of the violet and indigo shade but when viewed at different positions it reflects light blue or a honey color.

Iolite is known as the stone of innovation and expression, and it works best in combination with

This exquisite stone is found in pegmatite intrusions, igneous rocks and most commonly in the hornfels produced in the pelitic rocks by contact metamorphism. It contains two black and two white metallic minerals including iron, manganese, aluminum, and magnesium.

This precious gemstone is obtained in large quantity from Brazil, Sri Lanka, and India. Small depositions of this stone are obtained from Madagascar, Burma, Finland, Spain, Sweden, Norway, North America, Japan, and the Urals.

The term iolite is originated from the Greek word ‘ios’ that means ‘violet.’

In medieval times iolite was known as the ‘Vikings’ Compass’ as they used this stone was used in navigational instruments in long sea voyages. They observed that the stone showed different color when held in Southern and Northern skies, which gives Vikings a sound sense of direction. Leif Eriksson is one of the most popular Vikings among them.

It is also believed that iolite is extremely helpful for people who strive for acquiring goddess energies. This precious stone is accredited with the Greek goddess of war and wisdom, Athena. She is usually symbolized with armory and is known for her high intellect and strength. All violet colored stones are also associated with the goddess of wisdom, Sophia.

The stone of muses, iolite, is extremely powerful in evoking creative powers of the wearer. This stone inspires new ideas in authors, artists, song writers, and all type of people belonging to creative fields. It opens the doors of the sub conscious part of the brain, which enables people to explore new mystical, out-of-the-world ideas that can take creativity to a whole new level.

Iolite is very helpful for people suffering from family problems. Children who feel neglected or excluded from the family should be given this gemstone to wear. If parents see rivalry or any sort of negative emotions between siblings then they should place this stone in their bedrooms or living room, this will release the negative tension from the house and induce peace and calmness in the environment.

Addicts can use the healing energy of this stone to understand and fight against their problems. It works best in combination with Brown Tourmaline, Hematite, Black Obsidian, Staurolite, and Thulite for treating addiction.

Iolite is an excellent detoxification stone and it does that by making liver strong. It also reduces fatty deposits in the body, regulates digestion, strengthens nervous system, helps in fighting against insomnia and nightmares, heals headaches, dizziness and disorientation, and enhances the growth of nails and hair.

In ancient times it was used to cure malaria and other diseases that cause fever. By strengthening nerves, iolite also helps people in fighting against paralysis, numb limbs and intense pain.

People who can’t let go of the past wounds can take acquire strength from the emotional healing energies of this stone. It enable its wearer to express their believes, control their inner experiences, and helps them in getting in touch with their suppressed parts of the brain, which in turn increases their ability to let go of past bitter experiences and embrace reality for what it is.

Blue and purple colors are associated with peace and calm, and this stone can help you achieve these invaluable qualities. It induces positivity in your mental state, which consequently allows you to acquire emotional stability and helps you in making sound and rational decisions. Most people are unable to view things in a practical way because their emotions cloud their judgment, this precious stone will resolve this issue and turn you into a decisive person.

Another important characteristic of iolite is that it can balance the female and male aspects of a person’s character. This is why it can be beneficial for resolving conflicts in a relationship. Couples in which one person is overly dependent on the other can utilize the healing powers of this stone and make their relationship strong by balancing the yin and yang energy.

In the chakra healing system, iolite is used to stimulate the Brow chakra (the Third Eye) and the Crown chakra.

The Brown chakra is the carrier of our consciousness and controls the overall energy flow in our body. When this chakra is in balance, it enables us to visualize ideas and dreams. It makes us more observant of our surroundings and opens new channels of internal communication within oneself.

On the contrary, a balanced Crown chakra controls our ability to connect with the mystical elements of the universe. It organizes out thoughts and controls the way we interact with the universe. This is the chakra that controls our spiritual connections. It is positioned at the top of our head. Iolite can balance this chakra and help you attaining spiritual heights.

Iolite is known as the carrier of the water energy, which is associated with strength, stillness, and purification. It consumes the power of rebirths and regeneration, which is also the stimulating force of the circle of life. If you want to create a calm and peaceful environment then place crystals of this gemstone in the North area of the room or home.

Although these stones cannot be synthetically treated for color enhancement, their fakes are still available in the market. Fake iolites are usually colored glass; so a close analysis of hardness, color depth, and reflecting abilities can easily reveal; whether the stone is the fake or real deal! However, you will have to contact a professional gemologist to find out about that stone. In addition to that, glass has a softer and sensitive texture so a slight scratch on the surface will damage the stone and will instantly tell you if it’s the right one or not!

The cost is also dependent on the stone’s cut because apparently iolites are harder to cut. The wrong cut can permanently damage the stone. All these factors directly affect the cost of iolite.

What Are Quartz var. Chalcedony Dusted With Pyrite? Should I Worry About Feather Inclusions? 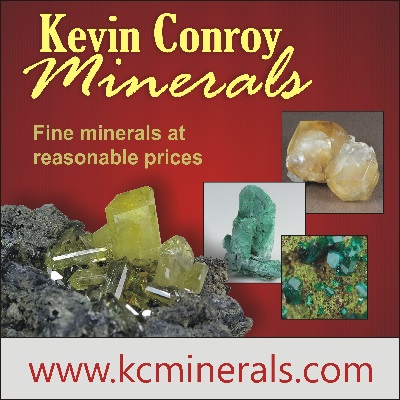